It is with heavy hearts that we learned of the recent passing of Dr. Laird Jackson.

When the first founders of the USA Foundation put out a desperate appeal for medical knowledge about Cornelia de Lange Syndrome, one man answered the call - Dr. Laird Jackson.

He leaves a legacy that is immense. His drive to globalise all acquired knowledge of CdLS undoubtedly sowed the seeds of the World Federation of CdLS Support Groups. He was certainly instrumental in the setting up of the Scientific Advisory Council, now a truly global panel of experts. He also fostered the army of professionals we have working with us today. One such is Tonie Kline MD, his successor as Medical Director of the CdLS Foundation USA and a prominent SAC member. Dr Kline kindly wrote the following obituary: 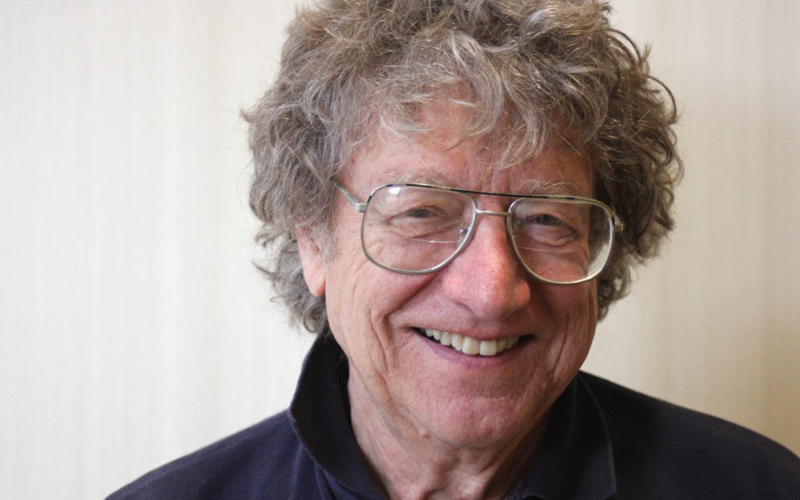 Laird G. Jackson, M.D., Professor of Internal Medicine, Obstetrics and Gynecology and Pediatrics, contributed so greatly to the field of Medical Genetics that he was awarded the first David L. Rimoin Lifetime Achievement Award in 2017 from the American College of Medical Genetics and Genomics, for which he was a founding member. Many recall his thoughtful and insightful presentations of poetry and genetic topics and live families to the first year medical students, inspiring some to enter fields related to Genetics. Modest to an extreme, he is best known for furthering the field of Cytogenetics, helping bring chorionic villous sampling to the world of prenatal diagnosis, encouraging the use of prenatal microarray diagnosis, and advancing maternal blood sampling for fetal cells, as well as his tireless quest to help those with Cornelia de Lange syndrome. He was recruited by a group of parents whose children all had CdLS to be the advising physician, meeting the children and discussing their medical issues, and subsequently served for many years as the medical director for the CdLS Foundation. Dr. Jackson not only helped countless families with the many medical complications and behavioral issues faced by children with CdLS by recruiting other specialists and forming a scientific advisory council, but he also worked tirelessly in the search for the causal genes by seeking out important patient samples and recruiting and encouraging scientists to pursue this elusive quest successfully. He had a passion for model airplanes, old cars, sharing stories, his many dogs over the years and his wife, Marie. He will be greatly missed by those who knew him and had the honor and privilege to work with him.

It is a testament to the man that his published papers are referenced in the latest Treatment Guidelines for CdLS, as published in Nature Reviews Genetics. He led the way for us all.

Our heartfelt condolences go to his wife Marie and the rest of his family. Our thoughts are with you.

Our 2019 CdLS Conference and AGM was be held on Saturday 16th November at the Pavilion on Northbourne, 242 Northbourne Avenue, Dickson, ACT, 2602.

Three extremely knowledgeable doctors with a lot of experience in CdLS were in attendance: Dr Jane Law (GP specialising in adults with disabilities from Sydney), Dr Barry Lipschitz (Paediatric Gastroenterologist from Melbourne) and Dr Tiong Tan, (Geneticist from Melbourne).

We have confirmed a speech pathologist, and a representative from the NDIS will also be attending to address families.

Thank you to all who attended. 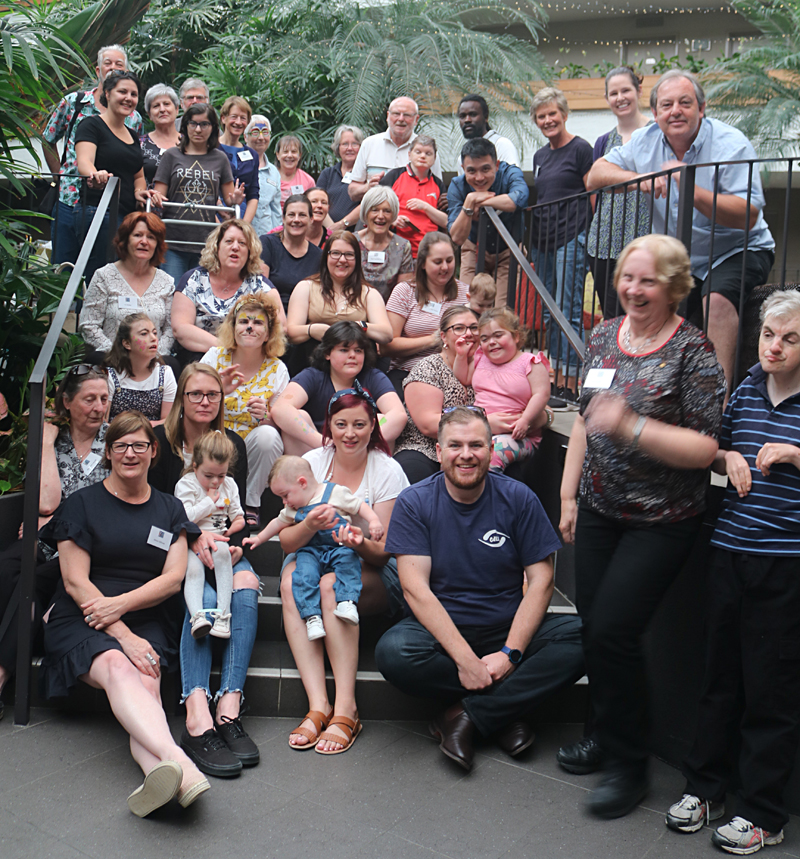 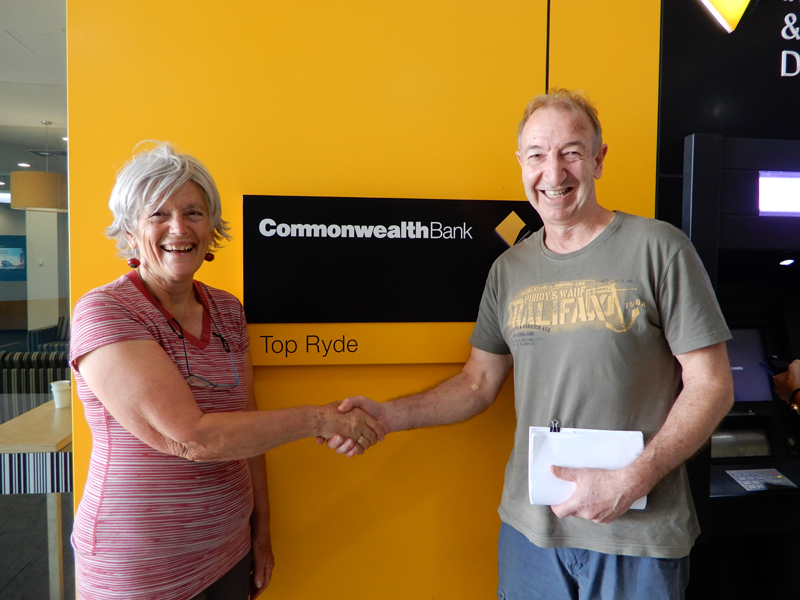 After 25 years as voluntary Treasurer for the CdLS Association, Brett Howe has hung up his abacus in retirement!

Grateful thanks to Brett who has worked so diligently in what is often a difficult role making sure our financial affairs are in order. Phyl Crawford (pictured left with Brett) has kindly replaced Brett as Honorary Treasurer.

Our 2018 CdLS Conference and AGM will be held on Saturday 8th and Sunday 9th December at the Park Regis Hotel in Brisbane. Three extremely knowledgeable doctors with a lot of experience in CdLS will be attending: Dr Jane Law (GP specialising in adults with disabilities from Sydney), Dr Barry Lipschitz (Paediatric Gastroenterologist from Melbourne) and Prof Chris Oliver (Psychologist and expert on behaviours in people with intellectual disability, CdLS International SAC, from Great Britain). 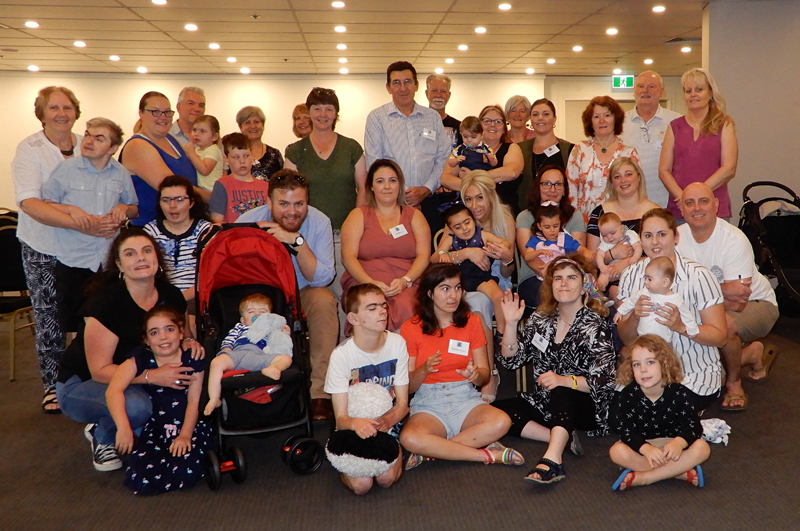 Australian and New Zealand CdLS Families are invited to take part in a speech, language and feeding issues research project approved by the Elmhurst College, IL, USA being conducted by Cheri Carrico.

Professor Carrico (Undergraduate Program Director, Communication Sciences and Disorders. NSSLHA Advisor) has been on the CdLS International Scientific Advisory Council for many years and is a highly respected speech pathologist with special interest in feeding issues. She presented at the International CdLS conference in Sydney in 2003.

Permission and instructions are at the end of the survey. 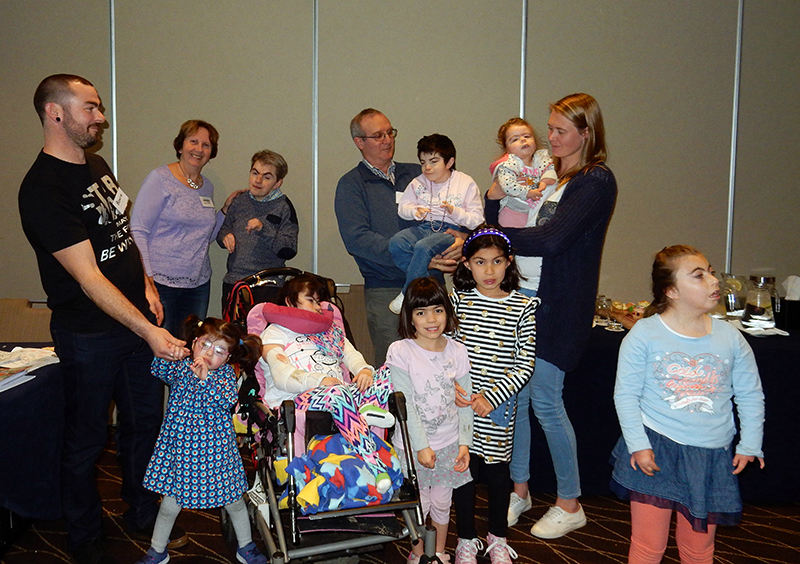 Each year in November we hold our CdLS Clinic Day and Annual General Meeting by turn in cities around Australia. Specialist doctors and therapists attend to update families on progress in their area of expertise and one:one consultations are offered. This is a great opportunity to meet other parents, people with CdLS, and their siblings.

In 2018 this will be held in Brisbane. Watch this space for details, which will be available closer to the time.

The First Saturday in May is International CdLS Awareness Day.

Check in to find out where picnic days are being held. If you would like to host an event please contact us for more information.